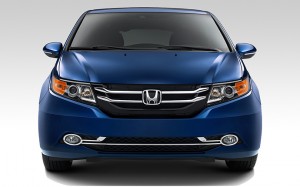 The 2016 Kia Sedona standard features might look like a step up from minivans of five to 10 years ago, but are they able to compete with the options available to Mid-Michigan drivers now? We think that when it comes to minivans, there are few vehicles like the 2016 Honda Odyssey, so we put the Sedona up against Honda’s minivan in a side-by-side comparison of the features.

You can see the full details in our 2016 Kia Sedona review, but we’ve got a quick rundown of what separates the features of the Odyssey from its Kia competitor.

The L trim level is the base model, and the 2016 Kia Sedona standard features start here. The minivans available in the current auto market have quite a few amenities in common, but the Odyssey has the edge over many competitors, including the Sedona, in some key areas:

Not only does the base trim of the Odyssey start off better than the Kia, Honda gives drivers six trim levels to the Sedona’s five, offering a greater amount of variety and high-end luxury features.

The 2016 Honda Odyssey has quite a bit going for it, and we think Mid-Michigan drivers will love all that it has to offer. Now that you’ve seen it beat the 2016 Kia Sedona standard features, visit a Mid-Michigan Honda Dealer near you to take a test drive. We’ll show you why the Odyssey is also one of the safest cars of 2016.

0 comment(s) so far on Do 2016 Kia Sedona Standard Features Compete with Honda?