Our Honda dealerships in Michigan are excited to announce that Honda was recently named the Most American Auto Maker by Cars.com! They received this accolade because they had more Honda models make Cars.com’s American-Made IndexⓇ than any other automaker. Honda received this award because they continue to invest more into U.S.-based plants to create new Honda SUVs, cars, and trucks.

When it comes to U.S.-based production, Honda is an automaker of many firsts. They became:

Since 1987, Honda has exported a staggering 1.3 million automobiles from the U.S. They now boast 12 manufacturing facilities across the United States to produce Honda and Acura vehicles, Honda and Acura engines, transmission, and components, aircraft and aircraft engines, power equipment, and powersports products.

Ohio facilities in Marysville, Anna, and East Liberty are responsible for making the Honda Accord, Honda Accord Hybrid, Honda CR-V, several Acura models, and multiple types of engine.

The forward-thinking Honda Insight Hybrid, which increases Honda’s investment in the U.S. production of electrified vehicles, is built in their Indiana plant.

The all-new Honda Passport became the 8th Honda light truck to be developed and built in America when it was introduced to Alabama’s production roster.

The Honda Aircraft Company’s worldwide headquarters is in Greensboro, where they manufacture the HondaJet. Aircraft engines are built by Honda Aero in Burlington. 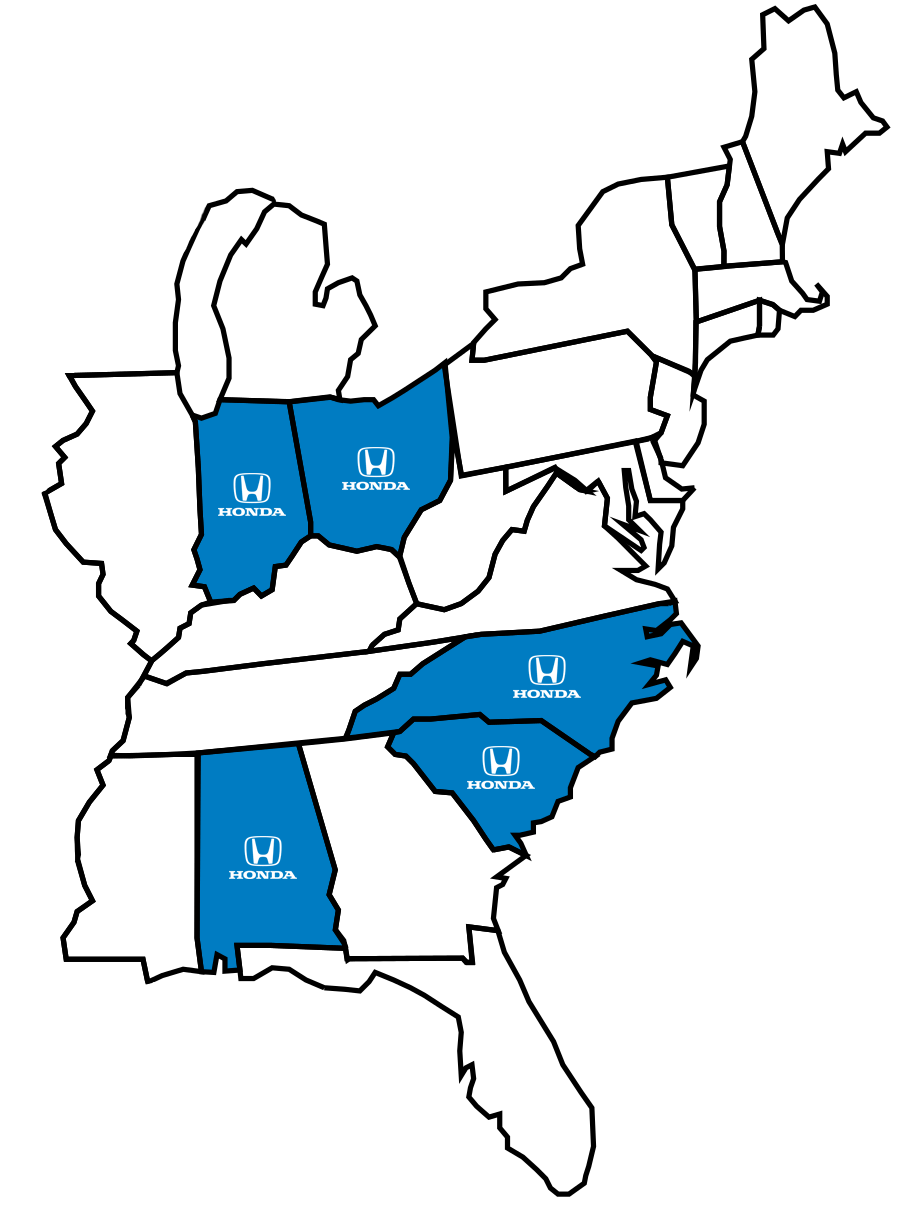 The first Honda manufacturing plant in America opened in 1979 in Marysville, Ohio, Today, they build products at 12 plants across the United States – 28.1 million cars and light trucks have been manufacturer in the U.S. since 1982. 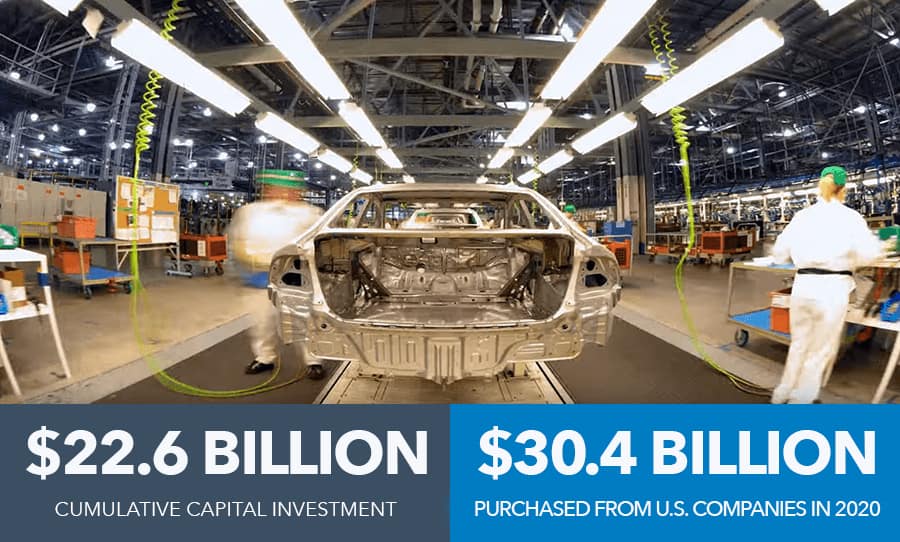 Honda established its first U.S. business operation with a Los Angeles storefront in 1959. In the decades since, they’ve continued investing in America and fulfilled a longstanding commitment to build the productions consumers buy close to where they live.

During the last five years, Honda’s new investment into American operations has reached a phenomenal $4.3 billion. They now employ over 31,000 associates in the U.S, with 75% of them working in manufacturing. 75 U.S. facilities include manufacturing plants, R&D facilities, parts centers, marketing, sales, service, and finance operations, and Honda has invested $1.2 billion into its American R&D operations.

In fact, Honda enjoys the longest U.S. manufacturing presence of any international automaker. Everything from manufacturing and R&D to sales and finance operations have contributed to the American economy. 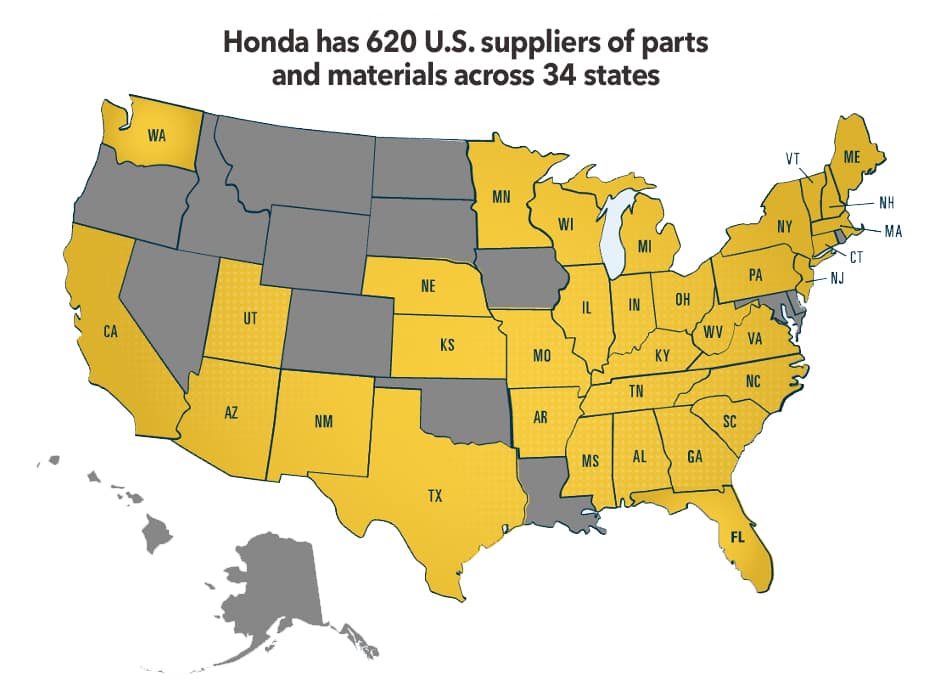