Honda Sets a New Definition of Standard for 2013 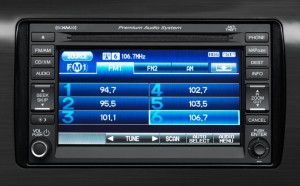 Think back to when you drove your first car; can you remember just what came with it? Maybe if it was recent enough, you had the expectation of power locks and windows, a CD player, cruise control? The fact is that technology, whether it’s in the form of performance or convenience, eventually makes its way to becoming expected on new cars, and while many automakers are dragging their feet and causing drivers to pay extra for modern technology amenities, Honda is pushing everyone to consider a new definition of standard features with their 2013 lineup.

What Comes on a New Honda?

There may be quite a few different features that you’re interested in on a new vehicle, and while it’s possible that they don’t all come standard on a 2013 Honda, we’re pretty confident that most of them will be found on every LX trim of the lineup. Here are just a few of the highlights:

Again, these are just a few of the new standard features you’ll find across the Honda lineup, and considering the success of vehicles like the 2013 Accord this year, it looks like Honda was spot-on in thinking that drivers want a new kind of standard. Visit your Mid-Michigan Honda dealer to check out one of these well-equipped autos for yourself.