Comparing Standard Features: The 2014 Nissan Altima and Honda Accord 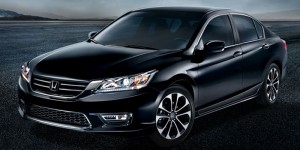 Without a doubt one of the biggest segments of the auto market, the midsize sedan is also one of the most competitive, and the standard features on a vehicle like the 2014 Nissan Altima must stand up to scrutiny in order to truly compete.

We think that the 2014 Honda Accord makes a better vehicle for most Mid-Michigan drivers; read on to figure out if you agree with us.

While there are plenty of midsize sedans to choose from, many drivers to come down to this decision: Nissan or Honda. We’ll admit that Nissan has some nice cars, but we think that when it gets down to it, you get more from a Honda.

You can look at our in-depth 2014 Altima and 2014 Accord comparison to see just which features that the Altima is lacking, but the fact is that you’ll need to upgrade Nissan’s sedan to get it the same level of technology as the Accord, plain and simple. Honda includes each of those amenities as standard, meaning no upgrade necessary.

Honda also outscored the Altima in safety, with the 2014 Accord Sedan earning five stars on both rollover safety and front side crash tests from the NHTSA, while Nissan only earned four stars on each of those tests for the Altima.

Test Drive an Accord Today

Whether or words have convinced you or not, we think you owe it to yourself to take the 2014 Honda Accord for a test drive. We would love to put you behind the wheel at a Mid-Michigan Honda Dealer.

We have multiple convenient locations, and we can’t wait to see you in the driver’s seat. Stop by today!

0 comment(s) so far on Comparing Standard Features: The 2014 Nissan Altima and Honda Accord